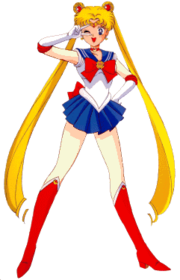 Usagi is one of the Slaves that you can train in the game. You are asked to meet a very high ranking noble. His name is Mamoru, and he tells you, he recently has purchased a slave, that he would like you to train. The slave's name is Usagi, and he wants you to train her for him. On your way home, to begin training her, you run into a lesser noble. His name is Diamond, happens to meet her by happenstance and demands you sell her to him regardless of her existing owner. She is terrified of him for some reason she cannot explain, and when he tried to take her by force, some heretofore unknown power lashes out from Usagi, allowing you and her to get away from him.

Training Requirement: Renown >= 60 (in next update)

Usagi does not have any unique endings. She can only get General Endings and Additional Endings.