Difference between revisions of "V3:Yoko"

This article is about Yoko. For other uses, see Yoko (Assistant). 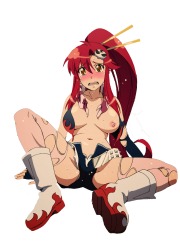